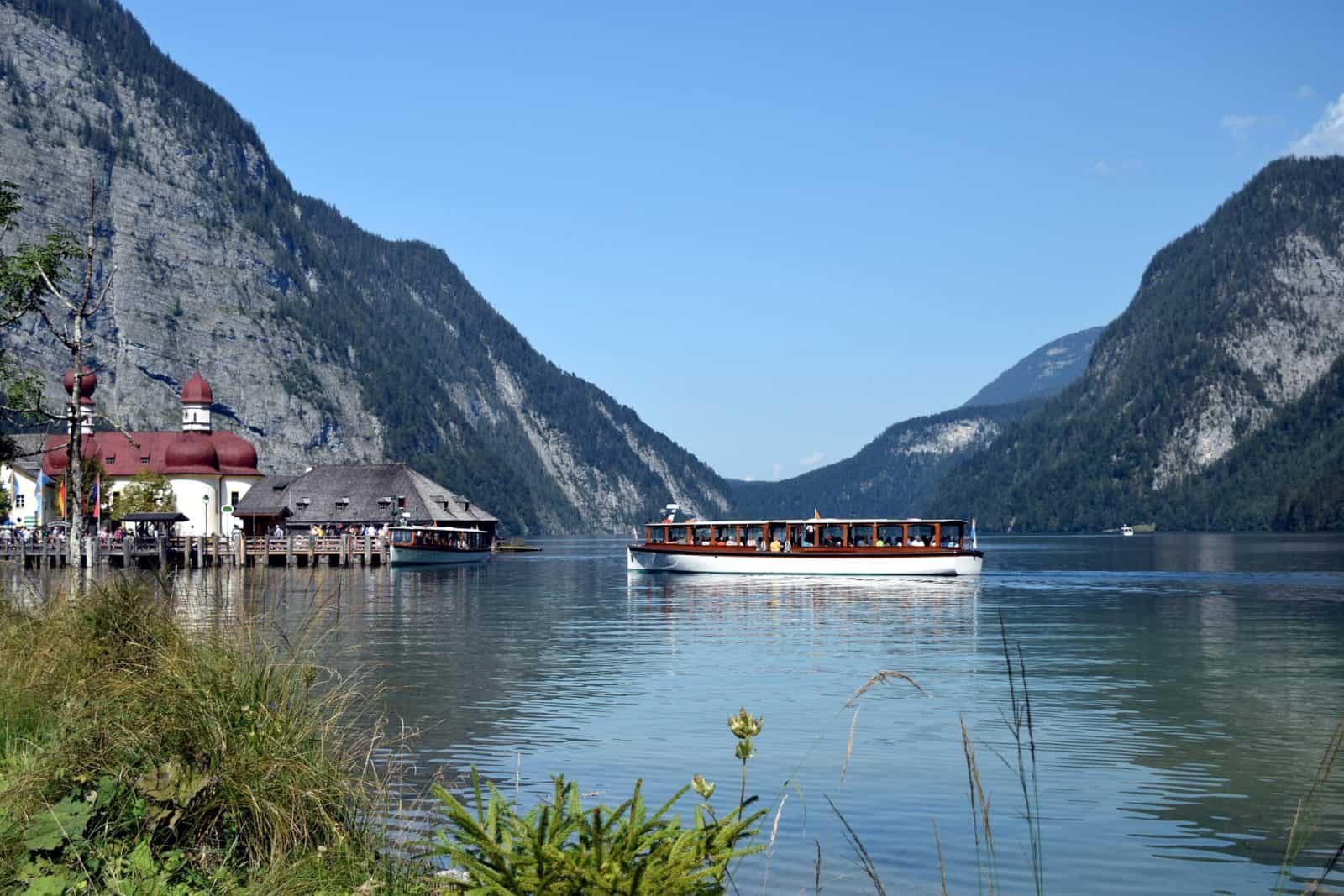 The muted echo from the Kings’ Lake

The muted echo from the Kings’ Lake

Berchtesgaden is an idyllic place surrounded by majestic mountains and with picturesque backdrops, which seem as if a painter had created them in the Renaissance. Berchtesgaden lives from tradition and accordingly from the people who keep it alive.

Today I invite the readers to a visit at the Königssee – The Kings’ Lake. The Königssee, with its good water quality is considered one of the cleanest lakes in Germany. It is a long mountain lake in the Berchtesgadener Land. In the midst of imposing rocks, the lake resembles a fjord and enchants with its emerald green colour. St. Bartholomä, the symbol of the Königssee, can only be reached by boat. The world-famous pilgrimage church, the first parts of which date back to the 12th century, is picturesquely situated on a peninsula. Adjacent to it is the former hunting lodge, which today serves as an idyllic inn. There are even more special features: The drive across the Königssee leads past the world-famous echo wall. At about half way to St. Bartholomä, the boat driver demonstrates the echo on the wall with a flugelhorn or trumpet, which can be heard once or rarely twice. In the past, a firecracker was fired from the boat and produced an echo of up to seven times; however, carrying black powder is now prohibited for safety reasons.

But there is a peculiarity these days: the echo from the Königssee is silenced. The streets are deserted and there are no people in front of the cafés and small shops lining the streets. COVID-19 or the coronavirus have also reached the tranquil Berchtesgaden. The exit restrictions take effect and only a handful of people move around the lake. An unaccustomed ghostly silence spreads over the valley basin. And even the echo from the Königssee is mute. Shipping traffic has been suspended for safety reasons.

How to get to Berchtesgaden

Central arrival points are the train and bus station in Berchtesgaden. There is a daily direct connection with the InterCity trains “Königssee” from Hamburg via Hannover-Würzburg-Munich and “Alpenland” from Dortmund via Cologne-Mainz-Stuttgart-Munich East. With a change in Freilassing, the InterCity or EuroCity trains run every two hours from Frankfurt to Salzburg via Heidelberg-Stuttgart-Munich. In addition, regional trains also run on the Berchtesgaden-Munich line with changeover in Freilassing. The train service allows departure from and arrival in Berchtesgaden about every hour, in the morning from about 06:30 hrs, in the evening until about 23:30 hrs.

The Wolfgang Amadeus Mozart Airport in Salzburg is located in close proximity to the Berchtesgadener Land. From there you can reach Berchtesgaden by train, bus or car.