Mozart kugel (English: Mozart ball), is a famous chocolate of Austria specially Salzburg. It is made of  dark chocolate, nougat and pistachio marzipan. It was invented by confectioner form Salzburg named Paul Fürst in 1890 who named it after Wolfgang Amadeus Mozart calling it the “Mozartbonbon”. After the creation many comparable products came in the market with similar recipes and till now there are more than 9 different types. Some are produced by hand while others are industrially produced.

The  great-grandfather Paul Fürst opened a confectioners in Brodgasse 13 in Salzburg, which soon became extremely popular with the people of Salzburg. He gained experience from Vienna, Budapest, Nice but it did not stop him to strive for more and after long experiments in 1890 he created a sweet called Mozartbonbon then he changed the name to Mozartkugel(Salzburg).

The journey for Paul Fürst for being a confectioner began in his early days when his great- grandfather started a confectioners in Brodgasse 13 in Salzburg, which was very popular in Salzburg. Paul Fürst with his passion and dedication he gained experience from Vienna and Budapest. With hard effort and creativity he created the first Mozart bonbon later naming it Mozartkugel as he was a big fan of Mozart.

It was, however, the quality and the fine taste of this new speciality, which brought the Mozartkugel such great success. It won the gold medal at a fair in Paris in 1905.

First  a small ball is formed with the pistachio marzipan covered with a coating of nougat. The ball now is put on the wooden stick and covered with dark chocolate, by putting the chocolate vertically with the ball on top the ball is allowed to cool and harden.

Finally remove the stick and cover the hole with dark chocolate, after the cover is colled wrap it in the foil and ready is the Mozart ball.

It can be stored for 8 weeks in room temperature.

Rights to the NAME

When imitation products began to appear, Fürst initiated a court process to attempt to secure a trademark. At first, the dispute concerned only confectionery producers in Salzburg, but later spread to include the competition from Germany. The result was an agreement which obliged Fürst’s competitors to use other names. The Mirabell firm, based in Grödig near Salzburg, chose the name, “Real Salzburg Mozartkugeln”. The Bavarian producer, Reber, opted for “Real Reber Mozartkugeln”. In 1996, a dispute between Fürst and a subsidiary of the Swiss food producer, Nestlé, which wanted to market “Original Austria Mozartkugeln”, was decided in the third instance. Only Fürst’s products may be called “Original Salzburg Mozartkugeln“.

At the point when impersonation items started to show up, Fürst started a court procedure to endeavor to secure a trademark. Initially, the debate concerned just concerned the confectionery producer in Salzburg, yet later spread to incorporate the competition from Germany. The outcome was an agreement which obliged Fürst’s rivals to use different names. The Mirabell firm, situated in Grödig close to Salzburg, picked the name, “ Real Salzburg Mozartkugeln “. The Bavarian maker, Reber, picked ” Real Reber Mozartkugeln “. Just Fürst’s products might be called “Original Salzburg Mozartkugeln“. 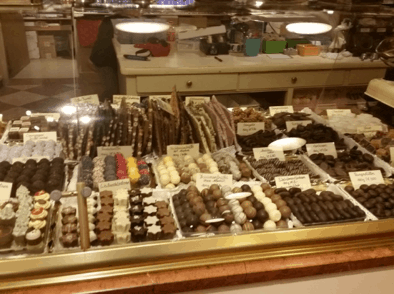 Check our video on youtube:What people know about Mozart Kugel