It all started in 2006 with the first edition of the indoors show in Salzburg. The beginning was rough, as the show had only a two-star status back then, including a big minus in budget. Only 3000 guests visited the show in 2006.

Nevertheless, the organisers have faith and repeat the show in 2007 with improvements: dressage is introduced, driving races and a national western riding tournament takes place as well as a fair and the show. 7500 visitors come, still too less, but the organisers keep fighting!

In 2008 all dreams come true! 17.500 visitors come and a new record is set. The show jumping becomes updated to CSI4* standards and the dressage tournaments to CSI3* standards. In addition, a national vaulting tournament is presented and more driving shows, fairs and for the first time, also a big childrens’ area is set up.

The upwards trend lasts until 2009 with 22.000 visitors. The programm achieves 4-star status and the childrens’ area becomes barrier free! The Amedia hotels becomes a partner and official accommodation for the tournament participators with welcoming gala and party nights.

2010 blasts everything: 27.000 visitors! For the first time,200 dogs are part of the show, the audience cheers! The tourism school Klessheim becomes a partner of the event.

In 2011 the number of visitor grows again. 30.000 visitors arrive and for the first time, the vaulting World cup is implemented. 300 dogs storm the exhibition centre and new LED banner technology is installed. All exhibition halls are fully booked and the VIP area gets expanded from 25 seats to 60.

2012 becomes another success. The tournaments achieve a 5-Star status and 570 VIP guests receive a seat! A new record! The Radisson Blue becomes partner hotel and the event is dedicated to the charity program “Licht ins Dunkel”.

2013 welcomes 35.000 visitors and the tournaments are on television for the first time via livestream! The exhibition centre as well as the Salzburg arena are completely full and tickets sold within 30 minutes. The Amadeus agility wold cup is implemented and 400 dogs try their best to win.

2014 is a breakthrough year as Mevisto becomes title sponsor and 40.000 visitors storm the exhibition centre which is so booked, that waiting lists must be conducted. This year, a very special guest is riding on the stage: Jennifer Gates, the daughter of Microsoft founder Bill Gates!

2015 is 10- year jubilee of Mevisto Amadesu Horse Indoors is celebrated and for the first time, two World Cups take place. Tickets are sold out within minutes, the event is a huge success. 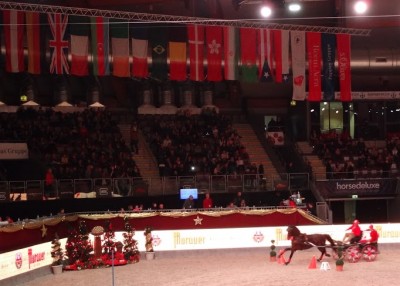 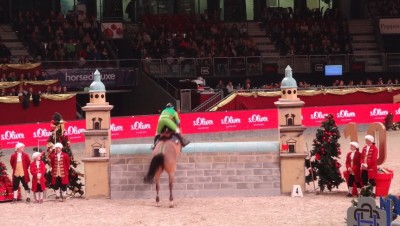 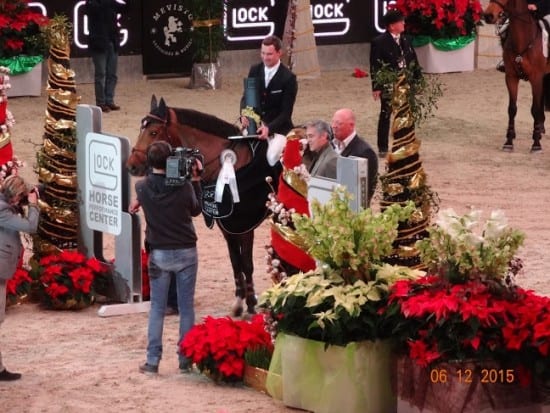